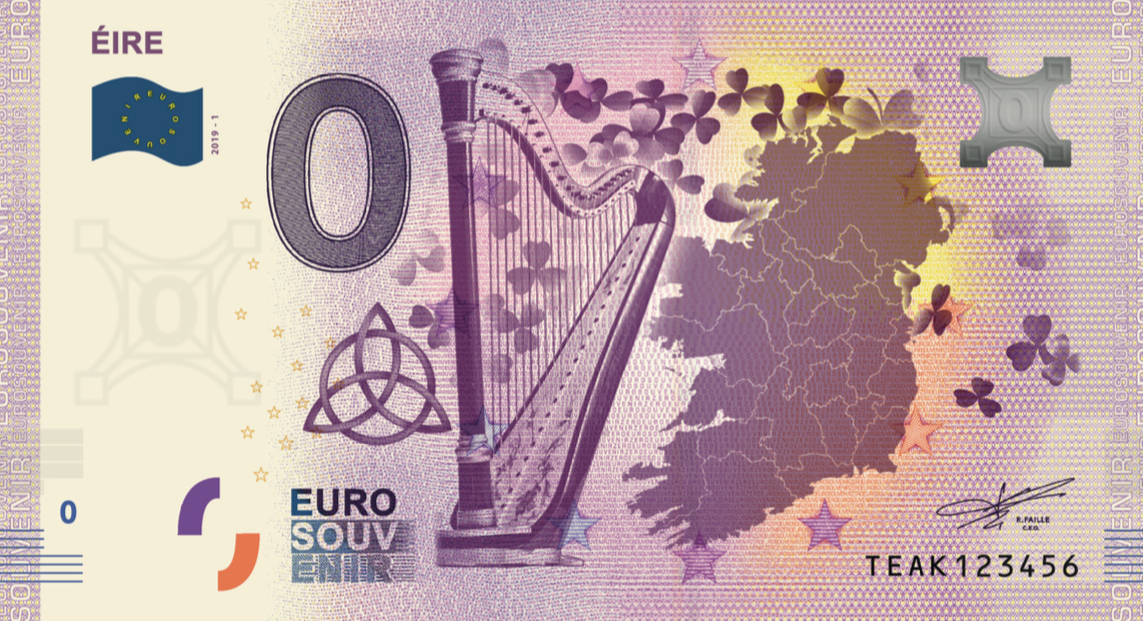 June is a big month, because a total of four new, beautiful motifs in the series of Ireland's Euro Souvenir banknotes will be released. The first one is titled "Eire", and features a celtic harp and the map of Ireland, along with shamrocks and the Triquetra or Trinity Knot, a Celtic Symbol. This banknote is an amended version of the very first Irish 0 Euro banknote produced in 2018, which featured the celtic harp and the map, but no shamrocks and no Trinity Knot. The banknote can be purchased in our online shop.

irisharoundtheworld.com write about the Trinity Knot:

"Like all Celtic knots, the triquetra is made with one continuous line that interweaves around itself. It symbolises an eternal spiritual life, one with no beginning and no end. Christians feel that it started with the Monks, who brought these designs along with their teachings of Christianity when attempting to convert the Celts of the day. However, the Triquetra has been speculated to be the oldest symbol of spirituality. It appears in the ninth century in the Book of Kells as a decoration, with no particular religious significance, and the symbol has been found in Norwegian churches dating to the 11th century. This symbol matches the Celtic belief that everything important in the world comes in threes."

The banknote will initially be sold via Irish Gift stores in Ireland, and the exact date and place of the first day of sales will be published on our homepage and social media channels